This news brought to you by: INTER PRESS SERVICE
By Sania Farooqui | 10.May.22 | Facebook Twitter
Those Who Dare: Voices of Women in the MENA Region 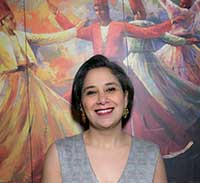 NEW DELHI, India, May 11 2022 (IPS) - When it comes to gender equality and development, the Middle East, North Africa (MENA) and the Arab States region continues to be in a paradoxical situation. While within the region, several laws, policies and programming focused on gender equality are growing, womenâs representation in government jobs, corporate roles, and national programming seem to be dismissed. Healthcare, education have seen improvement, most countries have become tech inclusive as well, but access to hospitals and educational institutions âat times due to social programming or gender-related policies continues to prevent women from accessing them and using them.

Gender-based human rights assault and violence dominates and devastates the lives of women across the region. Whether it is arbitrary arrests by governments, abductions, assassinations, so called âhonourâ killings, online trolling, abuse, being denied right to safe abortion, lack of engagement and inclusivity of women in politics, peace and security in the country, women continue to face entrenched discrimination.

Staunch patriarchal character of governments continues to impact the movement towards gender equality, slowing the already slow progress of women’s rights across multiple indicators and indices. The region is yet to see progress towards its commitments made to the Agenda 2030 and the Sustainable Development goals.

Mozn Hassan, one of Egyptâs most outspoken voices on human rights, founder and Executive Director of Nazra for Feminist Studies has been working on building an Egyptian feminist movement for years, by supporting women human rights defenders.
In this interview given to IPS News, Hassan said, feminist movements continue to battle culture of impunity in Egypt. âWe are losing everyday, but the feminist movement in Egypt is not a failed movement.â At that time, Mozn and her non-government organizations assets were frozen, a travel ban was imposed in 2016, followed by regular incidents of judicial harassment.

None of the harrassment and cases against her stopped Mozn from pursuing âa bigger dream of creating a feminist fund for the regionâ called Doria Feminist Fund. âBeing a local feminist activist in Egypt within a changeable time, running Doria Feminist Fund allowed me to set local feminist agendas and narratives. I figured out that this work needs not only funding, but also resources and accessibility, which is rare in the MENA region and for feminists in MENA. Doria was a dream for me on multiple levels, I named it after Doria Shafik to recognize her resilience,â Hassan said.

In a series of conversations on The Sania Farooqui Show which recently partnered with Doria Feminist Fund and IPS News to bring out powerful voices of women in the MENA region, the CO-CEO of the organization, Zeina Abdul Khalek said, âDoria Feminist Fund seeks to create a feminist ecosystem where the new generation of feminist movement in the MENA region has access to more and better funding and resources which enables the development and sustainability of its activism to advance the rights, wellbeing and security of all women & LGBTQ+ individuals and groups.â

Right to Abortion in MENA
Cultural sensitivity and taboos surrounding sexuality are particularly pronounced in the MENA region, it has taken women activists and even medical professionals years to break the culture of silence that surrounds sexual and reproductive health, as silence often prevents people from seeking information and care and prevents governments from putting the health issues on their development agenda.

Turkey and Tunisia allow elective abortions, and like many catholic/christian countries, abortion appears to be a highly controversial topic for the Muslim-majority countries as well as for the Islamic jurisprudence. 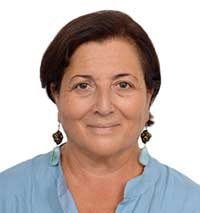 Dr. Selma Hajri, medical professional, MD specializing in endocrinology and reproductive health at Right and Access of Women to Safe Abortion (RAWSA) in the MENA region, in an interview given to IPS News said, â It is always a shame to talk about sex in the MENA region. Women cannot have a loud voice, talk about their body, their sexual rights, their right to premarital sex and contraception. Itâs challenging as a medical health care professional to help women, as so many are just afraid to come forward and seek basic healthcare, which is their right.

According to RAWSA Network that has been working on changing mentalities, behaviours and legislations related to sexual and reproductive rights, as well as advocating for legal abortion in most MENA countries. This report states, âWomen resort to clandestine abortions that have a rate higher than in the rest of the world and are responsible for around 9700 deaths each year. Only 47% of women in the MENA region have access to a contraceptive method, while this percentage is 57% worldwide.â

âMENA region is a very conservative region where religion and culture are very restrictive concerning womenâs access to reproductive health. They are very conservative and restrict sexual relationships of women who are not married, even for married women it is not easy to talk about it openly.

âWe realized the situation of women in this region is very difficult, not because of access to healthcare, but the problem is access to reproductive healthcare and her right to control her body,” says Hajri.

More than 40 million women between the ages of 13 and 44 live in states with restrictive abortion rights, costing those economies $105 billion, according to Women’s Policy Research. The impact of COVID-19 pandemic only made the situation worse. According to RAWSA, unsafe abortions have increased by about 10%, as access to contraception and safe abortion â which most often takes place abroad, have been restricted since the beginning of the pandemic.

While one watches states, governments, societies across the MENA region fail women by not supporting them, it is a few women like Mozn Hassan and Dr Hajri who dare to do so.

Sania Farooqui is a New Delhi based journalist, filmmaker and host of The Sania Farooqui Show where she regularly speaks to women who have made significant contributions to bring about socio economic changes globally. She writes and reports regularly for IPS news wire.