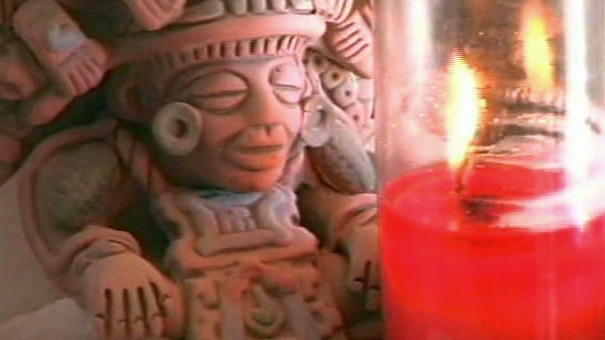 Maquila: A Tale of Two Mexicos| 54mins
Director: Saul Landau | Producer: Saul Landau
Focus Years: 2003 | Country: United States
Subject Tags: americas, economies, ethics, globalization, human rights, mexico
Quality Tags: Optimistic, Slow, Activating, Harmonizing
Synopsis:
"Maquila: A Tale of Two Mexicos" is an exploration of corporate globalization's impact on Mexico's people and environment. The stirring documentary focuses on the quandary facing indigenous farmers in Mexico's underdeveloped, predominantly agricultural southern regions. Besieged by the army and hobbled by antiquated agricultural practices, many have no alternative but to flee the countryside to the industrial north for employment in maquiladoras, U.S.-owned factories. There, they endure long hours, low pay and dangerous working conditions, including exposure to toxic chemicals. Archival footage provides historical background and extensive interviews allow those at the heart of the issues to speak for themselves - army officers and indigenous peasants, workers and bosses, developers and city officials, victims of environmental disasters and the factory managers who allow the release of deadly pollutants. The film presents the roots of the violent confrontation between the Mexican Army and Mayan peasant farmers, and also reveals how young women maquila workers in Juarez are robbed of their dignity and sometimes subject to rape and murder. "Maquila" is a film by Saul Landau and Sonia Angulo. For further information on how to help maquila workers to improve their conditions and win a living wage, please visit the Maquila Solidarity Network site.
Maquila: A Tale of Two Mexicos | 54mins