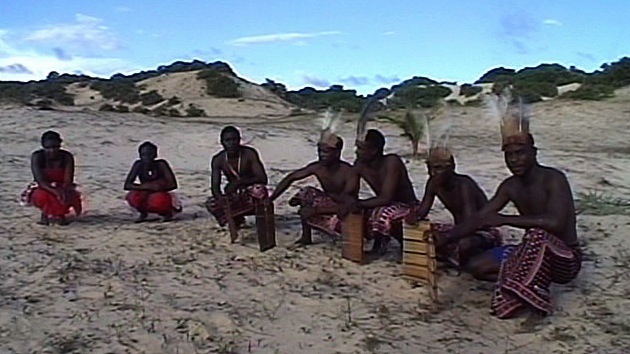 The Swahili Beat| 27mins
Director: Kenny Mann | Producer: Kenny Mann
Focus Years: 2008 | Country: United States
Subject Tags: africa, americas, culture, globalization, kenya, migration, united states
Quality Tags: Optimistic, Slow, Activating, Harmonizing
Synopsis:
"The Swahili Beat" is an upbeat look at the remarkable history of the Swahili people of Kenya and Tanzania’s East African coast. Packed with the music and dance of the Swahili and other indigenous coastal peoples, the film takes viewers from the fabled island of Lamu off the northern coast of Kenya to Zanzibar, Mombasa, Kilwa, Bagamoyo and Dar es Salaam in Tanzania. The film traces the development of the Swahili culture through the intermarriage of Arab settlers, arriving from Oman in the eighth century, with local Africans. The resulting Afro-Arab Islamic hybrid culture cemented economic and social stability, and fueled the emergence of the Swahili as prosperous merchant brokers in the Indian Ocean basin and in the growing East African slave trade. This made them a lucrative target for successive waves of settlers, invaders and colonizers, including the Persians, Portuguese, Arabs, Germans and British. "The Swahili Beat" examines the impact of these invaders, and asks whether the Swahili, who have successfully absorbed a variety of cultural influences, can maintain their traditional culture in the face of globalization and the Internet.
The Swahili Beat | 27mins