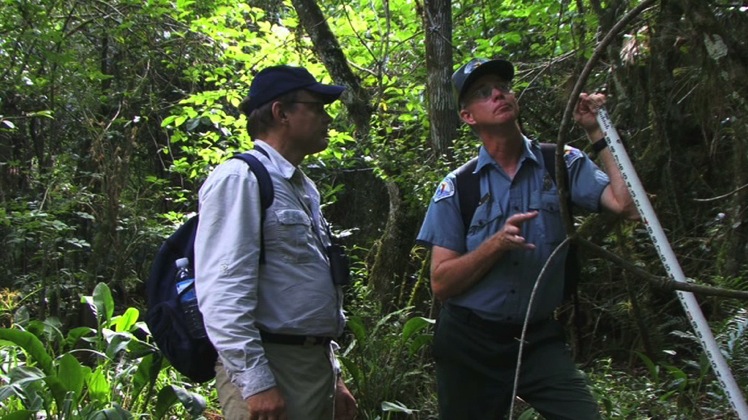 Wild Orchid Man In The Ghost Orchid Swamp| 59mins
Director: Darryl Saffer | Producer: Karen LaBonte, Stig Dalstrom, Reenie Page & Darryl Saffer
Focus Years: 2009 | Country: United States
Subject Tags: americas, ecology, environment, science, united states
Quality Tags: Optimistic, Slow, Activating, Harmonizing
Synopsis:
In the “Wild Orchid Man” series, former Selby Gardens botanist and orchid expert Stig Dalström and local film-maker Darryl Saffer team up in an around-the-world search for rare, and rarely seen, orchids. The hunt in 2011 will take them from the jungles of South America to the home of polar bears in Canada, often combing dense, hostile terrain to catch sight of one of these exquisite, natural masterpieces. In “Wild Orchid Man In The Ghost Orchid Swamp”, Dalström and Saffer trek deep into the heart of the Everglades, to Florida’s wildest swamp, the Fakahatchee, home to the rare ghost orchid, Dendrophylax lindenii. Tangled jungle, alligators and snakes and fierce tropical storms seem to guard the orchids hiding and blooming there. And though the story is about the orchid quest, the series will speak to the fragility of the world’s ecosystem, and what humans can learn from these mysterious, magical plants. “We can learn much from the orchid about survival and adaptation,” says Dalström, pointing out that orchids grow on host plants. “Orchids use other organisms to survive, but they never kill them,” he says.
Wild Orchid Man In The Ghost Orchid Swamp | 59mins