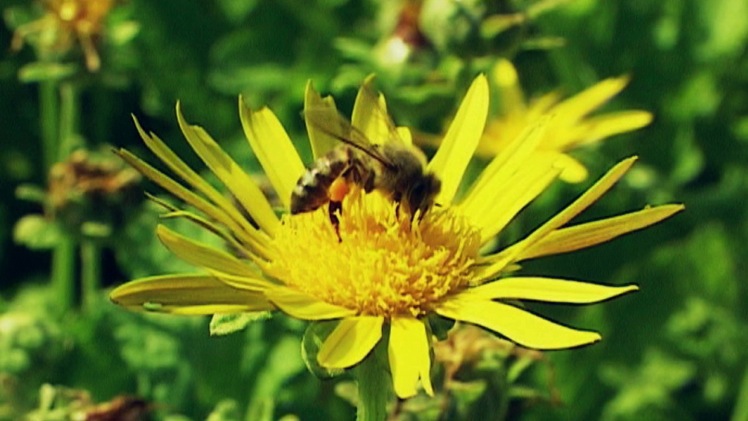 American Foulbrood| 1hr : 24mins
Director: CarlosFrancisco | Producer: Carlos Francisco
Focus Years: 2010 | Country: South Africa
Subject Tags: africa, animals as friends, farming, food, livelihood, south africa
Quality Tags: Optimistic, Slow, Activating, Harmonizing
Synopsis:
At a time when global bee populations are dramatically collapsing, African bees show no signs of being affected. In fact, they are flourishing. Early 2009 saw the unexpected and sudden outbreak of ‘American Foulbrood’, the world’s worst bee disease. Historically prevalent in all countries, it has finally arrived in South Africa. Filmed over a period of a year we follow a few charismatic South African beekeepers as they come to terms with and react to this potentially disastrous infection. The wild South African bees have through the years self managed all previous foreign diseases but little is known on how the bees will react to this new bacterial invasion. The viewer is taken on several personal journeys into learning what actually makes the African bee 'wild' and how has it, until now, managed to be generally unaffected by the rest of the worlds problems. The film brings forward the dilemmas people are faced with when working with modern day livestock and the constant threat of diseases spreading globally. A very personal film that allows viewers into a reality of which very little is known publicly.
American Foulbrood | 1hr : 24mins