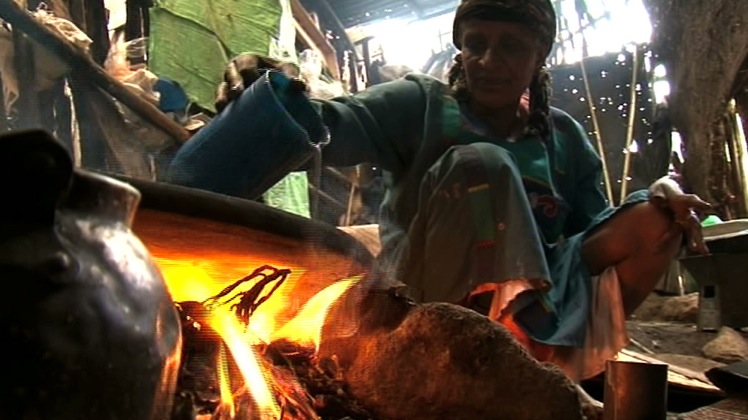 Nightmare in Dreamland| 43mins
Director: Edgar Wolf, Eva Gruen & Adamna Adim | Producer: Stefan Pannen
Focus Years: 2010 | Country: Germany
Subject Tags: africa, ethiopia, europe, germany, human rights, middle east, migration, oppression, race, trafficking, united arab emirates
Quality Tags: Optimistic, Slow, Activating, Harmonizing
Synopsis:
Because prospects of a livelihood at home are more or less non-existent, thousands of young African women go to the wealthy Persian Gulf states every year to work as domestic servants. For many Ethiopian girls, employment as a housemaid in Dubai is their only hope of paid work. They earn one hundred dollars a month for a 24/7 job in the household of an Arab family. Back home, this kind of money would be beyond their wildest dreams. But once they arrive in the "dreamland” of Dubai, the dream rapidly turns into a nightmare. From then on, life turns into a struggle for sheer survival. They are the slaves of the 21st century, trapped in a dilemma from which there is no way out. Resistance can easily have fatal consequences. Many African housemaids are so desperate that they end up committing suicide. Very few of them manage to escape. If they do get away, they end up wandering aimlessly through the streets of Dubai with nowhere to go. NGOs operating under cover do their best to offer these fugitive housemaids a roof over their heads and to keep them from being imprisoned for vagrancy. Frequently, the female volunteers working for these aid organizations, many of them as the wives of wealthy emirs cannot even tell their own husbands about their voluntary work. For these men, treating their employees as if they were slaves is the most natural thing in the world. Years later, the young Ethiopian girls return to their native villages in a pitiable state. They are traumatized and most of them are physically ill besides. They spend most of their savings on paying their medical bills. As they vegetate in their tiny wooden huts, they tell of the multiple physical and mental cruelties perpetrated on them, the constant reminders that they were cheap commodities that could be replaced at any time. But despite the horrors awaiting them at their workplaces, the majority of these girls want to return to the United Arab Emirates. The reason is the feeling of responsibility they have for their families. The film describes the fates of young Ethiopian girls before and after their work spells in Dubai. It shows how human traffickers recruit their victims and spirit them away to their foreign destinations, and it accompanies these young women on their progress from the crippling poverty at home to the affluence of the Gulf states. Its central subjects are their dream of a better life, the hopeless dilemma in which these young women are caught up, and the perpetual violation of human rights. In addition, the documentary casts light on everyday life in the dazzling glitter and glamour of Dubai and reveals the two-faced brutality and the socially accepted abuse of power on which much of its domestic life is based.
Nightmare in Dreamland | 43mins