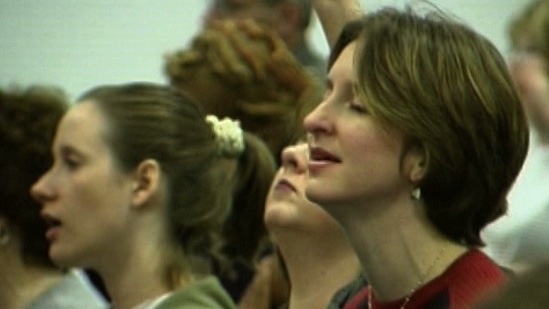 Forgive Me, Sergei| 52mins
Director: Damian Wojciechowski | Producer: Caroline Pallis
Focus Years: 2004 | Country: United States
Subject Tags: americas, belief, communication, media, religion, russia, transformation, united states
Quality Tags: Optimistic, Slow, Activating, Harmonizing
Synopsis:
The documentary film 'Forgive Me, Sergei' is a story of love, betrayal and forgiveness between two people who never met. It is an example of how the ideological war between the Soviet Union and the United States dramatically affected the fates of those living in the Twentieth Century, how a 20-year-old Soviet sailor Sergei Kourdakov, on the third of September 1971, jumped from his ship in the Pacific Ocean and barely made it alive to the Canadian shore. As a political immigrant, Sergei turned over a completely new leaf . . . for his tragic life. Before his death in 1973, he wrote his autobiography, which sold millions worldwide in 14 different languages, including Russian. In Europe, Canada and Africa, the book was sold under the title 'Forgive Me, Natasha'. The US English version and Spanish version was entitled 'The Persecutor'. Thirty years after Sergei’s death, a young American woman, Caroline Walker, inspired by this book and a vision from God, finds herself in Russia. It is an upsetting journey not only regarding this modern day 'Apostle Paul' but even more powerful - Caroline's own fate.
Forgive Me, Sergei | 52mins