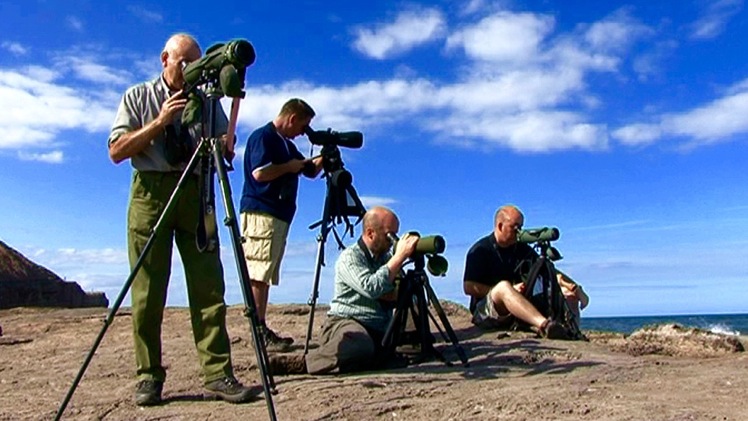 Birds, Bins & Bullets| 1hr : 10mins
Director: Steve Cummings | Producer: Steve Cummings
Focus Years: 2009 | Country: United Kingdom
Subject Tags: animals as friends, europe, governance, malta, non-violence, peace, united kingdom
Quality Tags: Optimistic, Slow, Activating, Harmonizing
Synopsis:
Malta is well known in bird-watching circles for its annual slaughter of birds of prey and illegal spring hunting, so each year conservationists get together in an effort to combat this "traditional pastime" and to reclaim the countryside from the grip of 15.000 hunters and trappers. ""Birds, Bins and Bullets"" follows a group of birdwatchers from the north of England as they work alongside the Malta Police Force and Birdlife Malta volunteers in their fight against illegal hunting. Aggressive and abusive hunters, cars blown up and sabotaged, conservationists and forest rangers shot at, nature reserves vandalized and loaded weapons seized by unarmed law enforcement officers: This is conservation at the sharp end.
Birds, Bins & Bullets | 1hr : 10mins