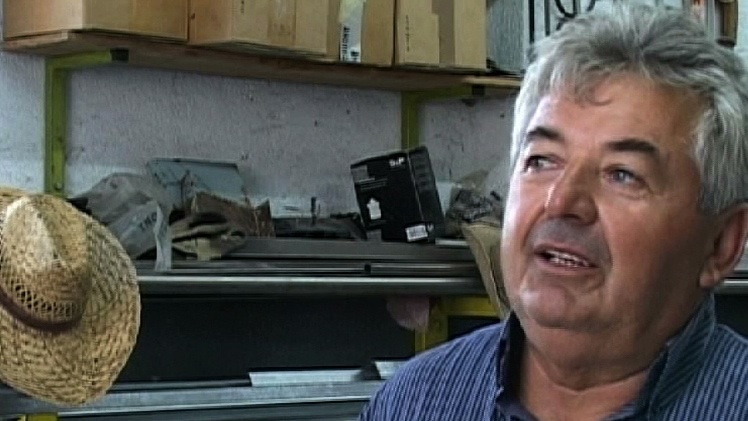 Milos Revisited| 1hr : 19mins
Director: Nikos Alpandakis | Producer: Ironick
Focus Years: 2008 | Country: Greece
Subject Tags: conflict, culture, europe, identity, society
Quality Tags: Optimistic, Slow, Activating, Harmonizing
Synopsis:
Documentary film based on color 8mm films shot on Milos Island between 1956-62 by Agathocles Cypriotis (Athens 1910-1978) who, due to political adventures, ended up on the island in 1946 and took over as director of the Barite factory. During his 17 years there, he got involved in local life, helped people establish the village of Pollonia, organized and improved local life and status of the city, and filmed every activity of the old as well as of the newly born local life. Now, fifty years later, we visit Milos, meet 49 of his 'protagonists,' and show them the films. They talk to us about Cypriotis' story. His name remains a living legend in Milos; his sudden removal from the factory in 1962 is still a taboo topic today.
Milos Revisited | 1hr : 19mins