This news brought to you by: INTER PRESS SERVICE
By Ignatius Banda | 21.Jun.22 | Facebook Twitter
Tobacco Consumption Slows in the West, Grows in Africa, say Researchers 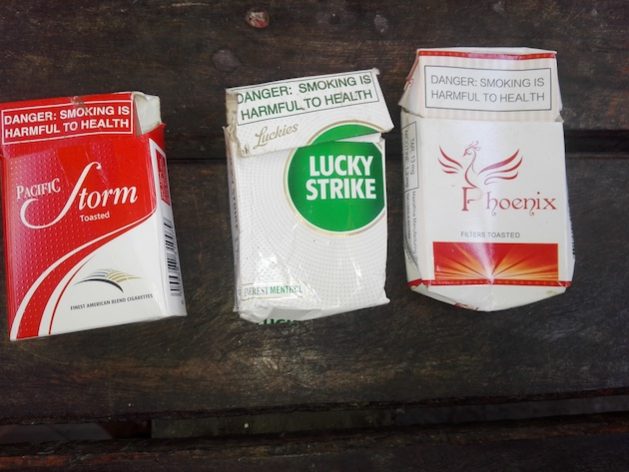 BULAWAYO, Zimbabwe , Jun 21 2022 (IPS) - Cigarette smuggling has emerged as one of the most lucrative enterprises between Zimbabwe and South Africa, with border authorities seizing contraband worth millions of dollars in recent years.

In November last year, another Zimbabwean was nabbed as he attempted to smuggle cigarettes worthÂ ZAR30 million (about USD1,850,000) into South Africa,Â where there is a ready and expanding market for cigarettes.

The following month, another Zimbabwean was caught attempting to smuggle cigarettes worthÂ ZAR2,6 million (USD160,300) into South Africa. The escalation of the movement of contraband highlights the complexity of not just border controls but how cigarettes and tobacco are proving to be the new gold for criminal syndicates.

As a global anti-tobacco lobby grows amid concerns of unabated tobacco-related deaths, researchers are training the spotlight on tobacco consumption and its toll on public health and national economies.

In a new report by the University of Chicago, researchers who have created aÂ Tobacco AtlasÂ after surveying 63 countries say global smokers now exceed 1.1 billion people.

While, according to researchers, global smoking prevalence is dropping, from 22.6 percent in 2007 to 19.6 in 2019, Africa and other developing parts of the world are recording an increase in tobacco consumption, the report says.

âSome African countries are seeing an increase in adult and youth smoking. What we’ve seen in Africa is the slowest decline in smoking prevalence of any region,â said Professor Jeffrey Dope, lead author of the Tobacco Atlas and a professor of public health at the University of Illinois.

âThe tobacco industry is aware of this. They are working very hard to convince governments that tobacco is very important for the economy. Unfortunately, they’re having some success,â Dope said during a Zoom report launch early this month.

Further findings noted that moreÂ young girls than boysÂ are taking a puff, with the ubiquity of social media âinfluencersâ being a driver of the trend.

âGlobal progress is threatened by growing smoking rates among children aged 13 to 15 in many countries and by tobacco industry tactics such as targeting poor countries with weak regulatory environments,â the researchers said.

âWe have countries where female teens smoke more than male teens and adult females, which is happening in different parts of the world,â said Violeta Vulovic, senior economist at the Institute for Health Research and Policy at the University of Chicago.

âThe tobacco industry aggressively markets to children, especially through flavour products. And through social media, especially influencers, the industry clear understanding that the peer-to-peer effect is perhaps the most effective way to get kids to try smoking,â Vulovic said.

The World Health Organisation (WHO) says tobacco causes more thanÂ 8 million global deaths annually. More than â7 millionÂ of those deaths resulting from direct tobacco use, while around 1.2 million are the result of non-smokers being exposed to second-hand smoke.â

Covid-19 has only added to global health challenges that have pushed the tobacco agenda to the periphery, researchers say.

âIn the wake of Covid-19, countries are prioritising public health and investing in strategies to support health and economic growth,â said Nandita Murukutla, one of the contributors to the Tobacco Atlas research.

âFor countries that want to recover, tobacco control should be high on their agenda,â Murukutla said.

However, with African countries continuing to rely on tobacco for forex earnings, findings contained in the Tobacco Atlas are not likely to persuade governments to slow down the production of what across the continent has been called âgreen gold.â

One way to deal with the increase in smoking, the University of Chicago researchers say, is to âraise taxes on tobacco.â

âThis is so that kids cannot afford to smoke. We know from decades of research that young people are extra sensitive to price,â Vulovic said.

The researchers say this has worked in other African countries to stem the illicit cigarette trade.

âCountries should look to Kenya as an example of a country that is keeping its tobacco taxes high and controlling its supply chain – little illicit trade – successfully,â Dope told IPS. âThese modest investments in tax administration in Kenya have reaped huge rewards in terms of increased tax revenues, which they then reallocate to social programmes such as health and education, among others.â