This news brought to you by: INTER PRESS SERVICE
By Busani Bafana | 2.Aug.22 | Facebook Twitter
Slow food, Accelerating Biodiversity in the Field and On Our Plates 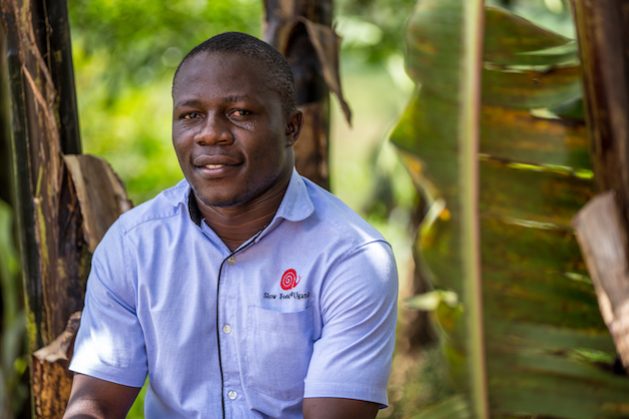 BULAWAYO, Aug 2 2022 (IPS) - Edward Mukiibi was forced to do agriculture at school as punishment for misbehaviour.

Instead of hating the punishment, he loved it, especially when he realised farming was the future of good food, health and wealth.

Mukiibi is a farmer and social entrepreneur from Uganda on a mission to prove that sustainable farming is the foundation of all fortune and a solution to overcoming hunger, unemployment, and biodiversity loss. He is an advocate for food production based on using local resources,Â Â  knowledge and traditions to promote diverse farming systems.

Mukiibi is a member of Slow Food International, a global movement advocating for local food production and traditional cooking.

In July 2022, Mukiibi (36) was named as the new President of Slow Food International at its 8th International Congress in Pollenzo, Italy.

âI feel good and happy about this appointment and also happy on behalf of Slow Food, which is a strong international food movement that has become more established not only in the founding continent of Europe but across the world, which is why it was now possible for the network for finding more able and enthusiastic leaders like me,â Mukiibi told IPS during an online interview.

Founded in 1986 by Carlo Petrini, Slow Food International works to cultivate a worldwide network of local communities and activists who defend cultural and biological diversity. They promote food education and the transfer of traditional knowledge and skills.

Convinced of the untapped potential of farming and the need to make agriculture attractive for the youth, Mukiibi founded the Developing Innovations in School Cultivation (DISC). The project works with students and communities to cultivate a positive attitude in young people towards agriculture and locally produced food.

Citing that 70 percent of the population in Africa is below the age of 40, Mukiibi said Africa has a large young generation that can be involved in agriculture. Mukiibi deplored the practice in schools where farming was used as a punishment in the same manner prisons have young offenders working on large-scale farms to provide labour as part of corporal punishment.

âThis prevents many young people from loving agriculture and food production,â said Mukiibi. âI am a victim of this kind of practice. When I was in school, I always wanted to change this by working with schools in a participatory way and introducing children to farming in a more interest-oriented manner.â

Mukiibi has also championed the development of Slow Food Gardens, a global project that has created thousands of green spaces to preserve African food biodiversity and help communities access nutritious food. Mukiibi has created gardens in more than 1000 schools in Uganda.

âSlow Food gives you a 360-degree view of food systems because it covers everything that transforms the way we grow, eat, market, process and save food,â said Mukiibi, explaining that slow food is a movement and philosophy about clean, good and fair food.

The slow food movement promotes biodiversity on the land and our plates. Credit: Busani Bafana/IPS

IPS: What is slow food? Is it the opposite of fast food?

Edward Mukiibi: The concept of slow food carries more of a responsibility than just literal meaning and the direct opposite of fast food. It carries more sense when combined with our philosophy of good, clean, and fair food for everyone. The concept means being responsible in everything we do when it comes to food, agriculture, and the planet. In being responsible for your food choices, you need to eat food and produce food that is good for the environment and good for the culture and the traditions of the people that safeguard it.

Another aspect of slow food is fairness. We need to ensure fairness when it comes to transactions. Openness and transparency when it comes to negotiations and working deals between the producers and consumers but also a declaration of information and the true identity of the producers of the food we eat. Sometimes people are not fair, especially big food chains, when they sell food produced by small-scale producers but brand it as their own production. We also need to ensure justice for smallholder farmers, justice for indigenous people and justice for the environment.

Slow Food is also a movement of actors and activists. We are a movement that involves everyone who thinks we need to urgently slow down climate change and the destruction food production is bringing to this planet. We need to slow down on policies that are against environmental equilibrium.

IPS: Is clean, good and fair food achievable, and are slow fooders meeting this goal?

Historically there have been a lot of ruthless, careless food production activities and cruel ways of production to the environment and to the people who are going to eat the food. A good, clean, and fair food system exists and is achievable. With all the challenges we are seeing, the conflicts, climate crisis and food insecurity created by the global food system can be reversed if everyone understands the concept of slow food, whose goal is to solve global challenges using local actions and activities done by the local communities.

IPS: Climate change is impacting our food production. How do you see the Slow Food movement addressing this?

We are not only talking about climate change by going out to conferences. We are taking action through the thousands of communities taking practical work to promote agroecology, permaculture and traditional farming systems. In Africa, we count 3 500 agro-ecological gardens that have been created and managed in schools.

IPS: You mention Slow food in biodiversity protection. How and why?

EM: We have the Slow Food Foundation for Biodiversity because we are concerned about the rate at which we are losing biodiversity not only in the field but also biodiversity on our plates which makes our nutrition and diets dependent on a few highly controlled products.