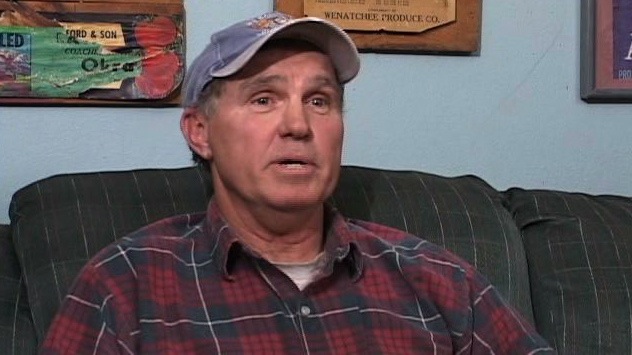 Broken Limbs| 57mins
Director: Jamie Howell, Guy Evans | Producer: Jamie Howell, Guy Evans
Focus Years: 2003 | Country: United States
Subject Tags: environment, farming, food, globalization, livelihood, united states
Quality Tags: Optimistic, Slow, Activating, Harmonizing
Synopsis:
Wenatchee, Washington, "Apple Capital of the World." This pastoral Valley in the heart of the Pacific Northwest prospered for nearly a century as home to the famed Washington apple. But the good times have vanished. Apple orchardists by the thousands are going out of business and thousands more await the dreaded letter from the bank announcing the end of their livelihoods and a uniquely American way of life. After his own father receives just such a letter, filmmaker Guy Evans sets out on a journey of discovery to try to find out what went wrong here in this natural garden of Eden. Along the way he witnesses small farmers forced off their land as they struggle to compete against the Goliaths that populate today’s global economy. The future looks grim for the Apple Capital until Evans happens upon an entirely new breed of farmer, practitioners of a new model for farming called sustainable agriculture. They have come to be known as the New American Farmers and they are finding success by going against the grain of conventional agriculture. The ideas that Evans uncovers define a path of renewal that could save not only his father, but farmers across America. BROKEN LIMBS explores these hopeful stirrings within agriculture, and outlines ways in which any individual can play a role in saving America’s farmers. Told from a hometown perspective, the film presents the stories of farmers attempting to create this new model for agriculture and emerging, more sustainable solutions to the crises of recent years – solutions applicable not just to apples and not just to farming, but to nearly any sector of the American economy troubled by the effects of consolidation and globalization.
Broken Limbs | 57mins