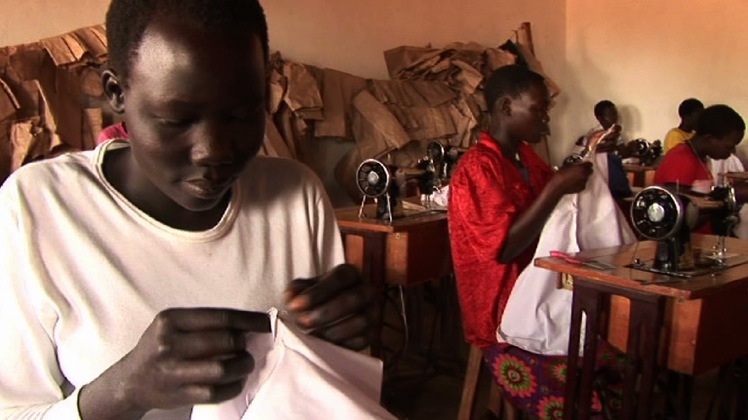 Friends of Orphans| 9mins
Director: Peggy Callahan | Producer: Peggy Callahan
Focus Years: 2008 | Country: United States
Subject Tags: africa, americas, culture, education, human rights, trafficking, uganda, united states
Quality Tags: Optimistic, Slow, Activating, Harmonizing
Synopsis:
"Friends of Orphans" in northern Uganda is a lifeline for former child slaves who were abducted by the Lord’s Resistance Army and forced to commit atrocities in their own communities. The boys forced to kill or be killed, and the girls forced into sex slavery. FRO starts with basic food and medical care before moving on to educational and vocational help. A former child solder, Ricky Richard Anywar started FRO after he escaped and graduated from university. He knows firsthand what the children have been through. They are able to confide in Ricky. FRO teaches basic human rights to vulnerable children. Dance, drama, and sports help convince both the former child soldiers and the communities they terrorized that the abductees are children in need of help. In this war-torn world these children learn ways to resolve differences peacefully without violence and become productive members of their communities.
Friends of Orphans | 9mins