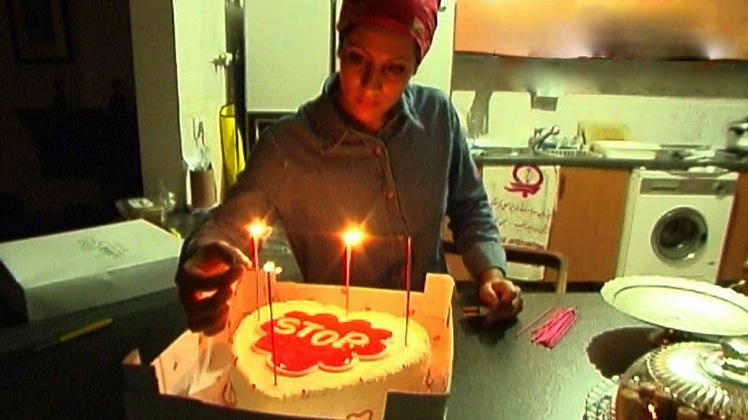 Na yek Tavahom (Not an Illusion)| 1hr : 23mins
Director: Torang Abedian | Producer: Torang Abedian
Focus Years: 2009 | Country: Iran, (IR)
Subject Tags: culture, gender, iran, middle east
Quality Tags: Optimistic, Slow, Activating, Harmonizing
Synopsis:
Sara is a young Iranian with a great voice - but women shouldn't sing solo in public, according to the laws in Iran. So, she joins the rock band Piccolo as a backup singer. But everything must be approved by the ministry of culture and Islamic guidance, and even then their concert could be canceled at a last-minute notice ... but Sara is determined - she was a champion gymnast who become disabled in a freak accident, and doesn't want to give up. "Na yek Tavahom (Not an Illusion)" follows Sara and her musician friends over five years through the ups and down in Tehran's underground music scene. It is a human story about hope, the struggle to achieve a dream, resistance and the fight for cultural freedom. A documentary which gives a deep insight to an explosive society caught between modernity and tradion as never seen before. The true story of underground musicians of Iran.
Na yek Tavahom (Not an Illusion) | 1hr : 23mins