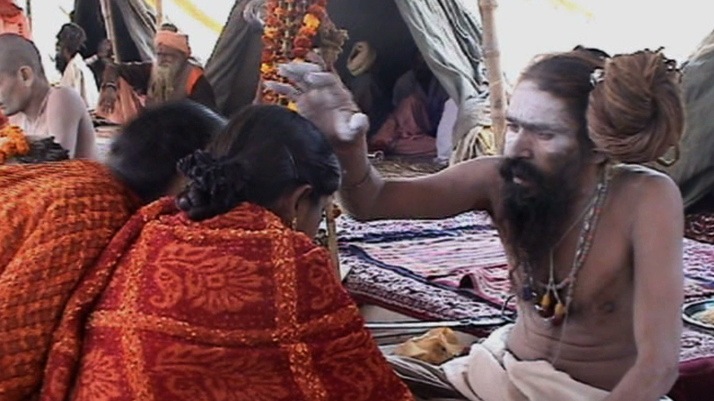 KUMBH MELA - Walking with the Nagas| 40mins
Director: julienne rathore | Producer: savagestudio
Focus Years: 2008 | Country: Norway
Subject Tags: asia, belief, consciousness, culture, india, religion, spiritual awareness
Quality Tags: Optimistic, Slow, Activating, Harmonizing
Synopsis:
"Walking with the Nagas" gives an intimate impression of the world's largest act of faith, the Kumbh Mela. The festival dates back to before Creation when Hindu Gods and demons were fighting in the celestial skies. In 2007, 70 million people made the pilgrimage to Allahabad in northern India for the Ardh Kumbh Mela. Bathing in the holy confluence of three rivers, the pilgrims cleanse their souls in search of spiritual enlightenment. The focus lies upon the Naga Sadhus, one of eight families of Hindu holy men. These warrior ascetics are an extremely reclusive family who have denounced all worldly ties and focus upon self-enlightenment through meditation. At the Kumbh, the Nagas lead the processions to the riverbanks for the sacred baths. Starting at midnight, the night is a freezing 3°C, but the Nagas persist, marching for endless hours, covered in no more than a thin layer of holy ash.
KUMBH MELA - Walking with the Nagas | 40mins